A 4-time medal-winning premium gin. It is double distilled with juniper berries, lime peel and cucumber. It is offered in several different versions. Pure excellence!

Premium vodka 7 times medalist. A vodka made from Beauce wheat, 6 times distilled and 10 times filtered. It is characterized by an extraordinary sweetness. It is also available in Gold Edition. The vodka for connoisseurs!

A natural aperitif drink, made from fruit and vodka. A sweet aperitif that particularly appeals to women. It contains no artificial colouring, preservatives or flavourings. A naturally fruity and ready to serve aperitif!
SEE OUR COSMIK APERITIF

An atypical single malt with smoky notes. It has undergone an old-fashioned malting and a distillation in Still Charentais pot. This August 17th whisky is proposed in different maturations and in the prestigious Rare Cask edition. The whisky of the greats of this world!
SEE OUR AUGUST 17th

THE HISTORY OF WAVE DISTIL

The story begins with COSMIK and vodka.

In 2010, after having worked in various fields such as sport, art and administration, Thierry Van Renterghem decided to launch his own fruity vodka, Cosmik Citron. He wanted to create a fruity, sweet and natural vodka. He created at the same time a second taste Cosmik Orange Sanguine.

At the same time, he launched the Pure vodka that he had used for the fruity vodka, Cosmik Pure Diamond. He did not expect such a success! The Pure Diamond vodka was noticed well before the fruity ones and it quickly won several medals in international competitions. The machine was launched! He became aware of the potential to develop a complete range of products, true to himself.

After 3 years of aging, the result is up to his expectations, a new whisky is born: August 17th. Its name refers to the date of August 17, 1992, the day when the creator's life was turned upside down after a serious soccer accident and some complications, his career as a professional player stopped!

Wave Distil creates exceptional products thanks to the use of noble ingredients and ancestral know-how. Beauce wheat was naturally chosen to create the vodka. As for gin and whisky, it is from August winter barley that it is made. Throughout the entire process of product creation, the Master Cellar Master looks for taste and quality. All the products in the range are of Premium quality, they have been made with passion and respect for tradition. Wave Distil offers a complete range of spirits: vodka, gin, whisky, rum, as well as a 100% natural fruity aperitif.

What all spirits have in common is sweetness, naturalness and quality, the spearhead of Thierry Van Renterghem. 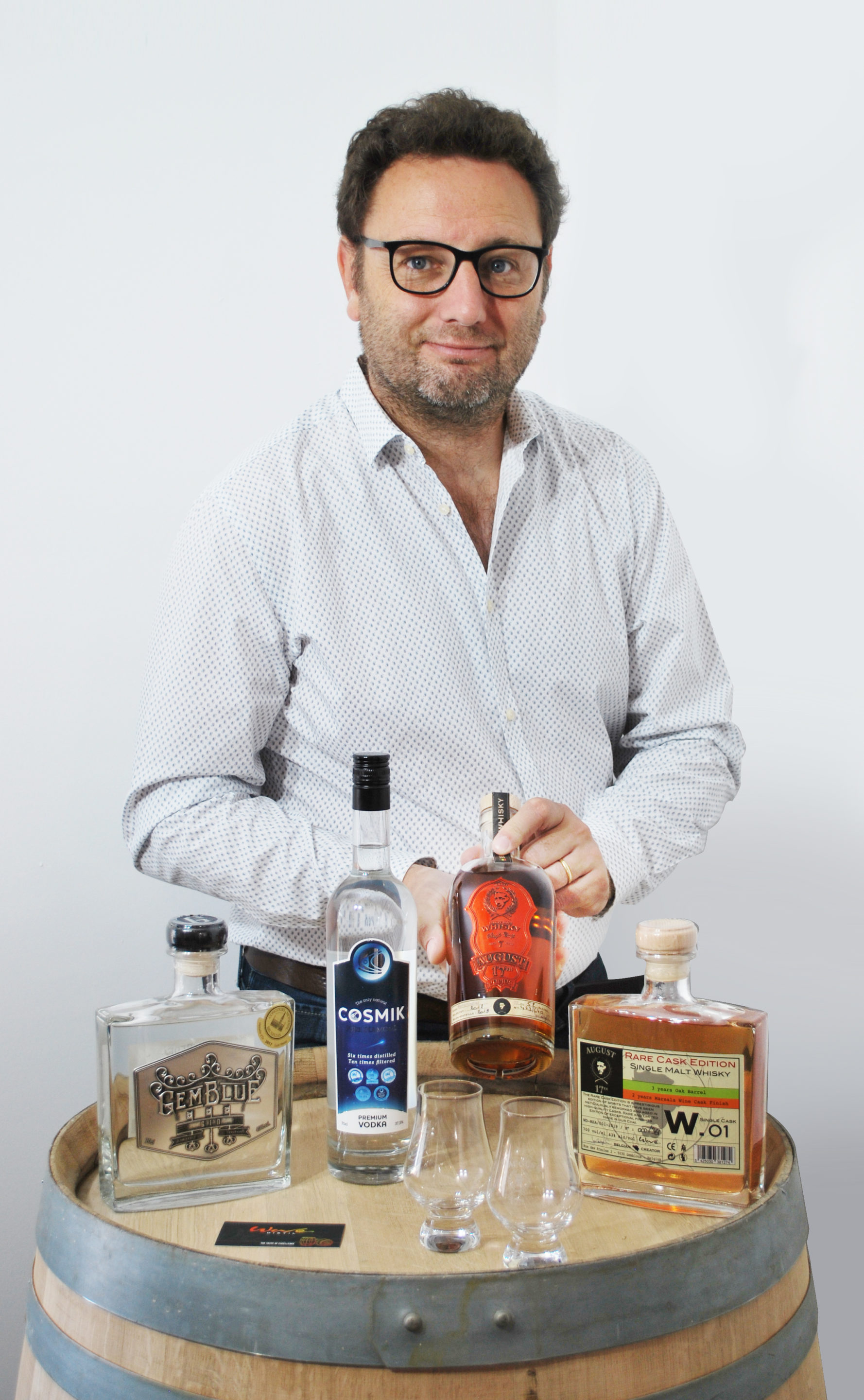 Our cellars have about 200 old and exceptional barrels in which rum and whisky are placed.

These casks allow us to offer exceptional finishes such as Sauternes or Banyuls and infinite ageing.
A true source of inspiration for the master cellar master.

I DOWNLOAD THE PDF OF THE PRODUCTS
I would like to make a group visit
Are you 21 or older? I certify that I am of legal drinking age in my country of residence.